skip to main | skip to sidebar

Since I've posted.
Busy working on amazing things with amazing people.
I've been to Nashville, Tennessee with NTUSA's Chauatauqua!
And I've been to hell and back with International WOW's SURRENDER.
Both will playing at a theater near you in the New Year.

The next couple of weeks will be interesting.
Immediate Medium and the Metric System are throwing parties that YOU should be at.

And a side note...
My crack team of internet scavengers recently found this review of 10 Speed Revolution. This is a little show I put up in the Midtown International Theater Festival over the summer.
Check it:

A collaboration between two groups, Direct Current and Walking Shadow, John Heimbuch’s play is a political-meets-absurdist piece lambasting corporate homogenization. A threesome of roommates who share speed bike find that it has been stolen. The threesome refer to themselves as a collective––collectively living together and searching for the stolen bike when the police can’t or won’t help find it. Together they plot an over the top plan to create a world in which the city of provides free bike access for all. In doing so, the collective finds that they are even less free of homogenization than they were while sharing the one bike. Heimbuch’s point is made early on and the murky middle of his comedy grows tiresome, but the real worth of the production is Nathan Lemoine’s creative direction.Using odds and ends and junkyard findings, the ensemble of four wear street clothes, harnesses, back packs, toy sirens and police megaphones and a variety of other useful tools that all come out of a trunk to serve the needs of the story. Clip lights and flashlights are used rather than traditional theatrical lighting. The production is a do-it-yourself, make-theatre-out-of-anything, anywhere, kind of patchwork that reminds us that it doesn’t take a falling chandelier to make theatre magic come to life. The actors, which include the director in supporting roles, are superb. Alexander Demers is Jake, a little spitfire of a guy with wild hair and seemingly unharnessed energy, yet he gives a focused and vibrant performance. Jordon Kamp as Max brings a relaxed energy to his humble character that balances Demers’s high voltage. Bonnie Sherman as Anna is somewhere in the middle pushing and pulling the two boys to keep them on track of the collective mission. The three of them are a wonderfully entertaining team.The play is zany, even ridiculous and its message isn’t exactly enlightening, nor does one walk away with a sense of purpose to solve any problems, which is the usual aim of political theatre. As a comedy, it is less structured than a Marx Brothers routine and not nearly as funny as it is busy and energetic. However, this group is on to something and may even truly find a great piece of theatre if they only had the time to experiment with their ideas and hone the little play before audiences until it becomes really crisp and pointed. If none of these things are part of the group’s goals, they are at least having a heck of a creative good time.

Alternating Current Is Back!!

In casual support of the new 10 SPEED REVOLUTION of the new company DIRECT CURRENT.

The show is still FREE!
The beer is still CHEAP!
And the talent will astound you!

The Gay Agenda Spreads Its Wings

Micah and Nicholas of The Gay Agenda who you might remember from Alternating Current (Vol. #2) have just released a blog, which is almost as good as an album.
Plus they're having shows next weekend!!!

Thursday and Friday will bring you:
FRIDAY NIGHT:
From the Upcoming Walt Disney Pictures Animated Release PICKUP ON CHRISTOPHER STREET

Saturday and Sunday will offer:
SHE WORKS HARD FOR THE MONEY:
A Tuneful Exploration of Public and Private Prostitution in 21st Century America

Because who ever said that musicals should be two and a half hours long?

Immediate Medium Burns The Mother Down

Hello friends.
Immediate Medium is an excellent theater company that you should get to know if you don't already.
They were a hit last fall at Alternating Current (Vol. #1) with bits of their show Things Are Going To Change, I Can Feel It. And now they've got AC regular Ben Kerrick strumming his uke in the band.

Whether you know them or not you should check out the first half of their new show Chuck. Chuck. Chuck. at The Tank this Saturday. After the show you should stick around for the party and open bar (provided by Dewars).

See a show, drink free, and dance all night.
All for $16 if you get your ticket before Saturday.
Special VIP seating with table service is also available for those of you who don't like standing around at the bar.

Alternating Current Vs. The City Of New York

Not really.
The party had nothing to do with Sound Fix having to close it's doors this weekend.
But still, last night Alternating Current (Vol. #3) was a casualty in the shadow war of Brooklyn development and creative interpretations of "quality of life".

Keep in mind that this is being written the day after my party didn't happen, and I'm a little sore about it. I'm not as informed about the issues as I should be in order to talk about it with any real authority or credibility. I will try to be more informed from now on.
I do know that the arts are a necessary part of any recipe for creating a high "quality of life".

If you showed up I love you. I love you even if you didn't or weren't planning to.
And I apologize for any inconvenience.
The show will go on.
We're just not certain when or where yet.
Nathan Lemoine
(The Unpaid Intern)
Posted by Intern #1 at 5:19 PM No comments:

The next Alternating Current is only a few days away and we have another great lineup for your viewing pleasure. This time we're shaking things up at a new venue. The good folks at SoundFix Records have opened their doors to our little band of proletarian performers and are hosting:
Alternating Current (Vol. #3)*
*Minimum Wage Builds Character
Tiny Performance/Party/Lounge

It's still FREE!!!
The talent is still AMAZING!!!
There's LIQUOR!!!
(We're at a lounge type venue this time) 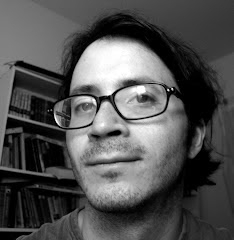 This is me. The guy responsible for all of this nonsense.